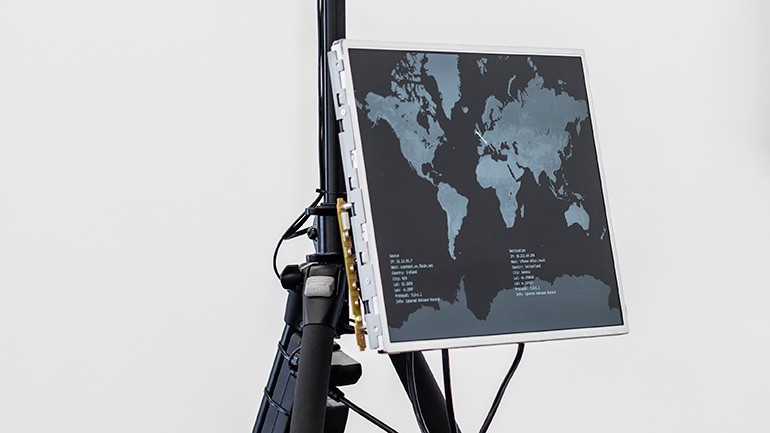 IPMapper: Tripod sniffs the local wifi traffic in its surroundings. Each IP packet is then shown on a world map, from its source to its destination. This visualisation sets the local activity in the global reality of the Internet, in order to show its physical and geopolitical issues. According to the user’s requests, his data can cross multiples countries, get under different jurisdictions and even get intercepted by surveillance systems on the network.