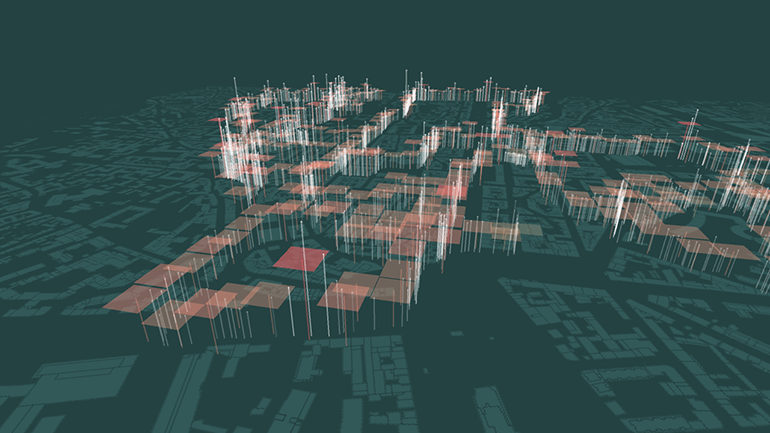 City Noise explores invisible territories by observing the interactions between the town and its inhabitants. Based on the noise generated by the activity of the city of Rennes, it demonstrates a global phenomenon which can be seen as local and individual level. Indeed we are daily in confrontation with the noise pollution but there is no device to quantify it.

City Noise is a data visualization system consisting of a video projection and sensor-boxes. Sound and geo data captured by these boxes are used to generate a mapping of urban activity.

City Noise is shown in the exhibition Nightime – Dreamreal curated by Benjamin Loyauté, taking place in Shanghai Power Station of Art, from December 3, 2013 to March 30, 2014 for Design Shanghai 2013.